Please be advised that under Governor Carney’s Declaration of a State of Emergency, the Delaware Public Service Commission is authorized to hold all public meetings by means of telephone conference call. Therefore, until such time that the State of Emergency is lifted, all public meetings will be conducted solely by teleconference. Members of the public are permitted to participate in meetings via telephone, and all public agendas will include the participation telephone number. More Info

The Public Utilities Act of 1974 sets out the composition of the Delaware Public Service Commission, the qualifications and terms of its members, and the process for appointing members (26 Del. Code, § 103). 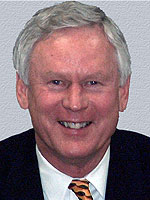 Dallas Winslow – Chairman
Chairman Winslow was first appointed to the Commission in March 2005 and was reappointed in June 2015. Governor Jack Markell appointed him Chairman in July 2012. Chairman Winslow comes from a Wilmington background. He graduated from Brandywine High School, Dickinson College (1966) and Duquesne University School of Law (1972). His professional career includes 30 years with the State of Delaware as the Chief of Legal Services at the Office of the Public Defender and is in private practice in Wilmington. He is also a retired Colonel from the Delaware National Guard. Chairman Winslow also served in the Delaware State Senate from 1998 to 2002 as a member of the Republican Caucus from the 4th Senatorial District. While there, he served on the Senate Energy and Transit Committee, Judiciary Committee, Highways and Transportation and the Joint Finance Committee. He and his wife, Linda, live in Lewes. 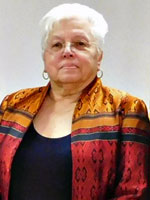 Joann Conaway – Commissioner
Commissioner Conaway was appointed to the Commission by Governor Ruth Ann Minner in June 2001 and reappointed by Governor Jack Markell in June 2015. She serves as Vice President and Secretary of Conaway Associates, Inc. She also serves on the Sussex County Advisory Council for the Girl Scouts of the Chesapeake Bay and on the Community Benefit Committee of the Nanticoke Memorial Hospital. Prior to her appointment, Commissioner Conaway was a Real Estate Agent in Sussex County. 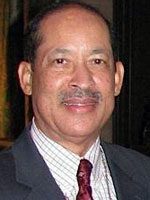 Harold Gray – Commissioner
Commissioner Gray was appointed to the Commission in June 2014, and reappointed in May 2019. Harold Gray moved to Delaware from Washington, D.C., after receiving a chemistry degree from Howard University. He worked as a chemist and engineer for Hercules Inc., in a variety of research, development, engineering, and leadership positions. He was recruited in 1995 to work for Andersen Consulting, now Accenture, and he managed complex Information System projects for global clients. Harold started an SAP consulting company named TechniData America, from 1998 – 2007, for German owners. As founding President and CEO, Harold navigated TechniData’s start-up and successful growth with clients throughout the world. He joined United Way of Delaware in 2008 as Vice President of Resource Development, and he led statewide campaign efforts, raising over $42.5MM during his two year tenure. He lives in north Wilmington. 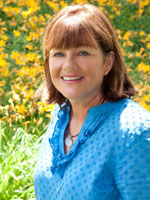 Kim Drexler – Commissioner
Commissioner Drexler was appointed to the commission by Governor Jack Markell in May 2015. Originally from Connecticut, Kim has been a Delaware resident since 1986. She is a graduate of Brown University. She started her career in finance in the Energy Division of Manufacturers Hanover Trust Company in New York and today is a Vice President and Senior Private Banker with Wilmington Trust Company. She serves on the Haverford College Parent Leadership Committee and on the Board of the Wilmington Lacrosse Association and JFS. She is a past president of the Brown Club of Delaware. Kim and her husband Larry live in Wilmington. 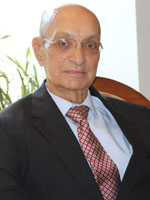 Manubhai “Mike” C. Karia – Commissioner
Commissioner Karia was appointed to the Commission by Governor Jack Markell in May 2015. He is a former Finance Director for the City of Dover, Delaware, and currently is an Adjunct Professor in the College of Business at Wilmington University in Dover, Delaware. Mr. Karia is a member of the Capitol City Rotary Club and former Treasurer of the Hugh O’Brian Youth Leadership Program. He resides in Dover, Delaware with his family.